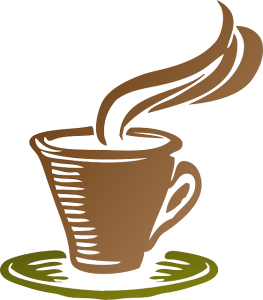 Way back in 2010, while working at the Olympics, I got into lattes. Usually from Starbucks, but not always.  Before that I was dedicated to Tim Hortons… medium, one milk, no sugar please. Their coffee started to taste different, somehow worse, I couldn’t explain it. A good friend suggested lattes and I’ve never looked back… until I discovered Americanos.

While in Vancouver, there were specially coffee shops everywhere. In Whistler, not so easy, but not that hard either… a little more walking, or skiing.

There was something about the way the espresso mixed with the steamed milk that made it creamy and very tasty without adding anything sweet.

Latte: a type of coffee made with espresso and hot steamed milk. Milkier than a cappuccino.

Over the years, looking for something a little different, a little stronger, I’ve been drinking Americanos. Once again, usually at Starbucks, but not always.

Americano: a drink of espresso (three shots in a grande), diluted with hot water.

But I grew weary of those. Not sure if the recipe had changed or maybe the beans. I’ve asked and have been told that nothing has changed. So it was back to lattes, for at least two weeks, then back to my old friend – Americano. Probably the stress of work ruining my taste buds.

There is nothing better than a well-made Americano (is it supposed to be capitalized?) with a little bit of milk. The hotter the better. I’ve tried them at so many different coffee houses that I’ve lost track, even made them at home.

Every now and then you come across a really special one and it could be from the same place you’ve been many times. There seems to be no explanation. I drink those ones extra slow…